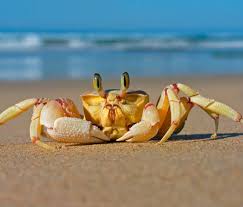 Historically, it’s been pincers at dawn between neighbouring fishing towns Cromer and Sheringham. For the past eleven years, Cromer and Sheringham Crab and Lobster Festival has brought the two towns together to celebrate the bounty of the North Sea and the world-famous seafood produced by both coastal resorts. Recently hailed by Condé Nast Traveller as one of the best food festivals in the UK, the seafood spectacular stars local delicacies from the deep and attracts more than 20,000 people to north Norfolk every year.

2021 festival runs from May 15 until May 16 2021, starting with the Grand Opening Variety Concert at the Pier Pavilion Theatre in Cromer. There’s a host of events, including heritage demonstrations, a cookery theatre, the “Bootiful” Boat Art Trail and the Scrumptious Seafood Trail which includes more than 35 local restaurants, cafés, pubs and snack bars.

There’s also a street market packed with local produce, live music during the day and at night, street performers, heritage and seafaring crafts and children’s activities.