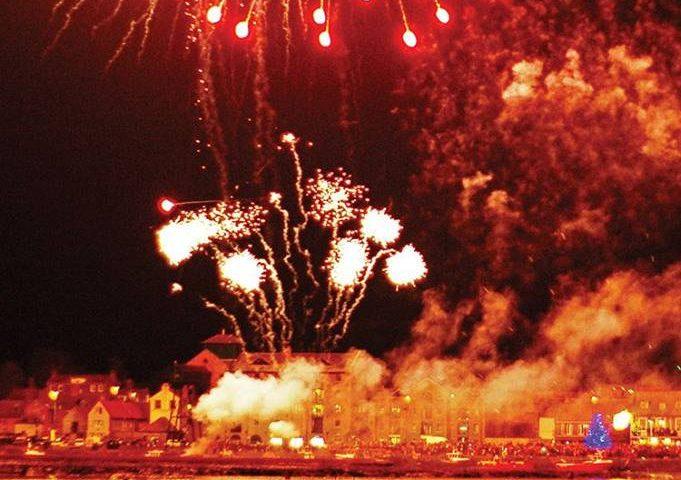 Wells Christmas Tide Festival is traditionally held over a weekend, the first week in December each year, but depends on the Tides and in 2022 the date is Saturday 26th November.

Wells Christmas Tide Festival regularly pulls in thousands of families lured by the unique prospect of seeing Santa Claus arrive in Norfolk from the North Pole by sea.

The town’s main shopping street will then remain the focus of the festive fun as a whole host of acts keep visitors entertained from 10.30am to 8pm. A fair will be operating on The Quay from 10am onwards and the annual Christmas Tree Festival will take place in the Congregational Hall in Clubbs Lane from 10am to 4pm.

Christmas lights switch on is at 4.45pm. Santa is due to arrive on the Quay at around 6.15pm before heading for his grotto at Playland amusements to see children from around 7pm onwards.

Craft stalls will be running in Wells Maltings in addition, this year’s festival will also feature carol singing on The Buttlands.

The highlight of the evening is the spectacular fireworks display over  the Wells Marshes which can be viewed from the quay which will be pedestrianised from 4.30pm to 8pm.